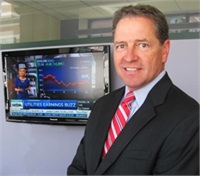 Robert has been providing investment advice to clients for 33 years. From 1982 until 2004, Robert worked at Oftring and Company, Inc. where he eventually became owner and President. In addition to providing investment advice to his clients, Roberts's duties as President of Oftring and Company included the supervision of the firm's 15 - 20 Investment Brokers, management of all aspects of the Firm's business and setting Oftring & Company's investment policies. Oftring and Company was sold to a regional investment firm, Jesup & Lamont Securities in 2004. Robert served as Regional Manager for the firm, managing offices in Boston and Worcester, while continuing to advise his Clients on the markets. Robert formed Oftring Investment Group in 2009, operating as an independent investment advisor through Capitol Securities Management. As President of Oftring Investment Group, Robert now devotes 100% of his time advising his clients, leaving supervision and management duties behind.